What if I told you that sexual variety could mean one of two very different things? There’s a lot of confusion about this. Understanding the difference between these two things will clear up a lot of problems you have in your relationships with women and in terms of your own mental clarity regarding what you want (and perhaps, what you don’t want).

Very often men will lament that they are in constant need of sexual variety. Symptoms of this include behaviors such as:

– Extreme Thrill of the Hunt behaviors like going out to get laid just to get laid even when you don’t need to. (I address that specific problem here.)

– Having trouble getting hard or otherwise sexually aroused while having sex with a super hot woman because you’ve already had sex with her “too many times” before.

These guys will curse the fact they are men, and that this “horrible need for sexual variety” is screwing up their lives.

The need for sexual variety isn’t their problem.

As I’ve been saying for over a decade here, all men need sexual variety. It’s the way we are designed at a core biological level. That’s one of the many reasons why long-term sexual monogamy doesn’t work. Once NRE dies down, men hate being monogamous regardless of how amazing their girlfriend or wife is. (Women hate it too, but women’s hatred for long-term sexual monogamy manifests in very different ways and is beyond the scope of this article.)

So, if you’re complaining you need sexual variety and you have a penis, congratulations! You’re normal. Indeed, you would be the oddball exception to the rule if you didn’t need any sexual variety at all.

Sexual variety is the need for having multiple sexual partners over a prolonged period of time. For a while you might be perfectly fine having sex with just one woman over and over again, but since you’re a man, eventually you’re going to want to have sex with a different woman (or women!). That doesn’t mean you want to leave the woman you’re currently with; the odds are high you want to stay with her while having sex with one or more other women on the side.

The word “eventually” in the above paragraph varies based on the man. “Eventually” might mean two years for you or two months. The point is that “eventually” always arrives… eventually.

There is no “cure” for the need for sexual variety. It’s a hard-coded feature in human biology, not a bug. In this article here, which I highly recommend you read since it’s a strong companion to the article you’re now reading, I explain that even a man who sows all of his wild oats and lives out every sexual fantasy he’s ever had (I am one of these men) will still not get the need for sexual variety “out of his system.” He can never get that “out of his system” since it’s part of his system. All it will do is get his desire for the crazy sexual stuff out of his system, but “crazy sexual stuff” is not “variety.”

That doesn’t mean now I can “settle down” and be monogamous with one woman for the rest of my life. Nope, I’m a man and a human being, so the need for sexual variety can’t be cured. So even though I’m married to Pink Firefly and she’s my physical and sexual feminine ideal (and she is), I will still have one or two FBs on the side for the rest of my life. I just don’t need to bang a bunch of my FBs all at the same time while swinging on a chandelier somewhere. It’s just normal sex for me now, since that’s all I need. 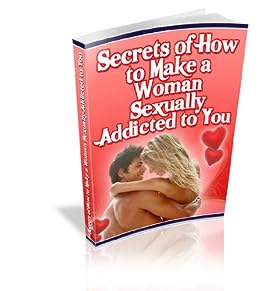 Sexual variety means you need multiple women over a period of time.

There’s a huge difference between those two things.

I need sexual variety. I don’t need sexual newness at all. I could, in all seriousness, (and I’ve said this before), be married to one woman and have one FB on the side, neither of whom ever left or got fat (they can get older, they can gain a little weight, but they can’t get fat) and stick with having sex with just those two women for the rest of my life and I’d be completely sexually satisfied.

In real life this will never happen since A) women leave and B) most women are “done” having sex at around age 65 or so. I’m just saying that I would be perfectly okay with having sex with just two women for the rest of my life within those parameters.

It wouldn’t be monogamy, but the two women would never be new, and that would be cool with me (again, if it was possible in the real world and it likely isn’t.)

If you need sexual newness, that means that you not only need to have sex with multiple women, but you need these women to be new all the time.

That means that if you start having sex with two super hot babes, within a few weeks you’ll start getting bored with having sex with those two because they aren’t new anymore. If you go out and have sex with a new girl, even if she’s less hot than your current two women, you’ll be “happy” again because she’s new.

It’s not sexual variety that’s tripping you up, it’s your need for sexual newness, something I really don’t have.

If there’s demand for it, I will write a follow-up article about how to alleviate the problem of the need for sexual newness. (Though I’ve already hinted at one way to help it; get out there and live your sexual fantasies!)