How To Get The Balls To Sexually Escalate

Sexual escalation is the process by which you take a woman who you are already alone with and gently move her from sitting and talking on your couch or your bed to having sex. If you’re following my system, this means you’re doing this on the second meet, after a very brief one-hour first meet a few days prior.

This also assumes this second meet is happening at your place where the two of you are alone, which is ideally where a second date/meet should be. That means you need to set the stage for this second meet and properly prepare logistics, but we won’t be talking about that today (if you need more how-to data on that, get this book.)

Got news for you. Women don’t do this.

Even if she really, really wants you to have sex with her, she’s just going to sit there like a polite little wallflower and wait for you to make the moves. That’s just how it is.

Obviously, more confident, Alpha, or experienced guys have no problem with this. But you guys who are more beta, less confident, less aggressive, or less woman-experienced are going to have trouble here. As a matter of fact, this is perhaps the number one reason why men who remain virgins a long time do so (myself included, since I used to be a beta and didn’t lose my virginity until my early twenties). These men aren’t scared of women, or of even dating. They’re scared of sexually escalating. 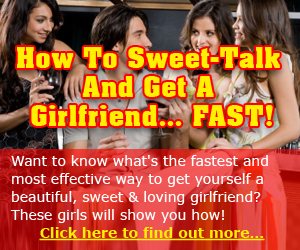 I relate to this personally. For many years as a younger man, I had built up the concept of having sex with a woman, and certainly with a pretty girl as some kind of gigantic fantasy that could never possibly happen, or at least couldn’t ever happen to me. It was extremely difficult for me to sexually escalate with girls back then, even if that meant just giving them a kiss on the lips. Scary!!!

For all these types of guys, as they’re sitting there with an eager woman right next to them, all kinds of bullshit thoughts invade their brains…

What if she gets scared and never sees me again?!? Oh no!

What if she accuses me of rape or sexual harassment?!? #MeToo movement! Oh no!

What if she gets pregnant and destroys my life with child support?!?

What if I take her clothes off and she’s gross underneath?!?

What if she doesn’t like my body and I gross her out?!? I don’t want her to see me naked!

What if we have sex and it hurts her feelings?!?

What if we have sex and she wants a husband and I just want her as a fuck buddy?!? That’s mean!

What if we have sex and then she one-night-stands me like that last girl did?!?

What if we have sex and I fall in love with her and she dumps me?!? Oh no!

Some or all of this fear-based, 2% Rule, bullshit Societal Programming garbage floods your mind, either consciously or subconsciously, and you don’t escalate. You just sit there and keep talking about stupid shit, and she sits there patiently and waits for you to fuck her, and you don’t, and then she eventually and awkwardly goes back home. Instead of feeling excited to see you again, she feels embarrassed, disappointed, unattractive, and her attraction for you drops.

The next day when you text her, she doesn’t respond, or gives you the “You’re a nice guy but…” speech. And it’s all your fault.

Here are some things that you can do to help get the balls to sexually escalate. The good news is that once you are able to do this a few times with a few new women, the habit will be ingrained in your brain and it won’t be difficult anymore. Hell, you might even get to the point where you look forward to it. 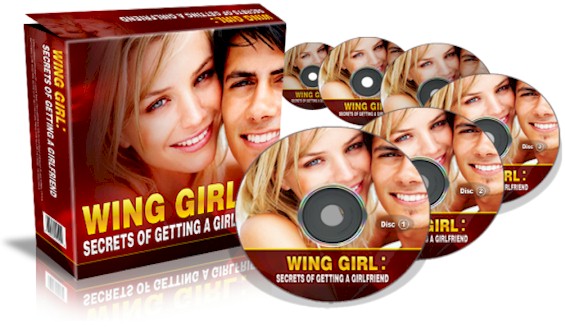 One of the biggest barriers to men with this problem, and I had this problem too, is that they don’t actually know how to sexually escalate. Sexual escalation is one of those strange skills that are absolutely needed in life for a man yet no one teaches it to you. You didn’t learn it in school. Your dad certainly never showed you (he was probably a beta anyway). Your buddy who fucked lots of girls maybe tried to show you, but since he was a natural, he really couldn’t articulate it in a step-by-step way that made any sense. So you don’t know, and not knowing makes you scared.

You need to read and learn exactly how to sexually escalate, and then memorized it. Buy this book here and/or Google “DiCarlo Escalation Ladder.” Read over these resources and get familiar with them. Take some notes, in your words, regarding a step-by-step escalation plan.

Then memorize this. Keep reading and re-reading it, drilling yourself, until it’s bored into your subconscious.

Now you know what to do. It’s still new and scary, but the how-to is covered.

2. Do visualization exercises before the meet.

In Get To Sex Fast I cover a few visualization exercises you can use that will increase your confidence and lessen your fear, at least to some degree. There are other exercises as well if you Google around. Find one or two of these and practice them. Get to the point where you can do them automatically. They sound like bullshit but honestly, they really do help. (And not just sexual escalation, but things like going out on a first date, speaking in front of a group, standing up to your dad, or any other scenario where you feel uncomfortable.)

Do your favorite one right before she comes over to your place for the second meet. In extreme cases, you can even excuse yourself to “go to the bathroom” right before you make your moves and do it in there.

A lot of you guys are scared to do this because you think you might screw it up.

Dude. Listen. You WILL screw it up. I screwed it up A LOT before I got good at it.

And that’s my point. Screwing up is part of mastery. It’s a phase you must power though. Instead of worrying about being perfect, mentally and emotionally accept that yeah, you might really fuck this up the first time or two you attempt it. Make peace with that.

Remember, there are thousands upon thousands of cute women in your city. If you screw it up with this one, there is an ocean more of them right outside your door. And, by the way, you may still have sex with her even if you do screw it up (this has certainly happened to me in the past too).

This isn’t really a technique per se. This is when you, despite all the fear and negative thoughts, use pure willpower and force yourself to just kiss her. Or while you’re kissing her, start taking her shirt off (and stopping if she says no, of course). Just do it. Just rip that band-aid off. Yes, it will be scary, and yes, it might not work, but you’ve got to pull that fucking trigger anyway. Sometimes you just need to willpower this shit.

Like I said, you only need to do this perhaps two or three times with as many women to get to the point where it won’t feel strange to you anymore. It’s a hump, but it’s a very brief hump.

I’m coming to a town near you in 2019 to do the least expensive Alpha Male 2.0 seminar I’ve ever done. I’ll be in 18 different cities in the USA, Australia, Canada, and Europe. If you want to come to a low-cost seminar to learn how to improve your financial and woman life, click HERE and get your tickets! The next cities coming up are Chicago, Detroit, and Toronto!

62 Comments on “How To Get The Balls To Sexually Escalate”