“How do I segue into sex talk?”

This rates as one of the top ten most common questions guys ask me.  It’s one of those things that comes so easily to me that for a long time I was surprised this concept was so difficult for so many guys.  So here’s exactly how to do it.

One of the absolute key techniques to getting to sex quickly is sex talk.  When I say “sex talk”, I don’t mean dirty talk during sex.  I’m talking about you and a woman hanging out, at  bar, or on a date, or whatever, and you’re talking about sex in a very good, loins-stirring way.

One of the most important steps to getting to sex quickly is to talk about sex with a woman in a way that A) arouses her, and B) shows her you are a confident, capable, sexual man who does not shy away from these topics.  Both of those things are equally critical.  Sex talk also has the added advantage of setting a solid sexual EFA with her, which is something you always want to do, even if your endgame goal is to get monogamous with her.

Here’s how to segue the conversation with her into good sex talk:

1. You must have (or at worst, pretend to have) a confident, outcome independent mindset with her.  If you think she’s the most beautiful woman you’ve ever been on a date with, sex talk is not going to work.  If she’s the first date you’ve had in six months and you’ve got raging blue balls, it probably also won’t work.  You get my point.

3. Fluff talk for the first 5 to 15 minutes or so, depending on the venue and the situation.  Obviously, if you’re on an actual date or day2 you’re going to have a lot more time to establish rapport and comfort than if you’re standing while talking to her at a club or grocery store.  Don’t introduce any big topics right off the bat.  Give her a few minutes to relax.  If she’s clearly nervous, you’ll have to extend this time.

Her: Yeah, we dated for about two months, but I didn’t like him.

You: What?  He had a really small cock or something?

Her:  Ha!  I think I came with him like two times the entire time!

Boom!  Conversational hook point achieved, and you’re off to the races.  Just keep that sexual line of conversation going, and you’re pretty much there.

Your body language, as always on a first date, first meet, or day2, should be relaxed, leaning back, smiling, speaking as slow as you’re able, a relaxed expression on your face, and with good eye contact.

7. Slowly get as explicit as possible.  As I said, most women LOVE talking about sex, so you will be surprised how easy this is once you get the hang of it.  If you reach a certain point where it’s clear she’s getting uncomfortable, back off a little, even change the subject if necessary.  Then you can hit up the sexual stuff a little later.

8. Do not let the entire date/meetup be talking about sex.  That’s a little too weird and would show some horniness or douchebaggery on your part.  Talk about sex, do it in a positive way, get as explicit as you can, get her feeling those feelings, and then change the topic.  Consider it verbal push-pull (which it is). 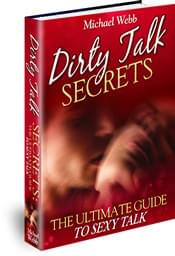